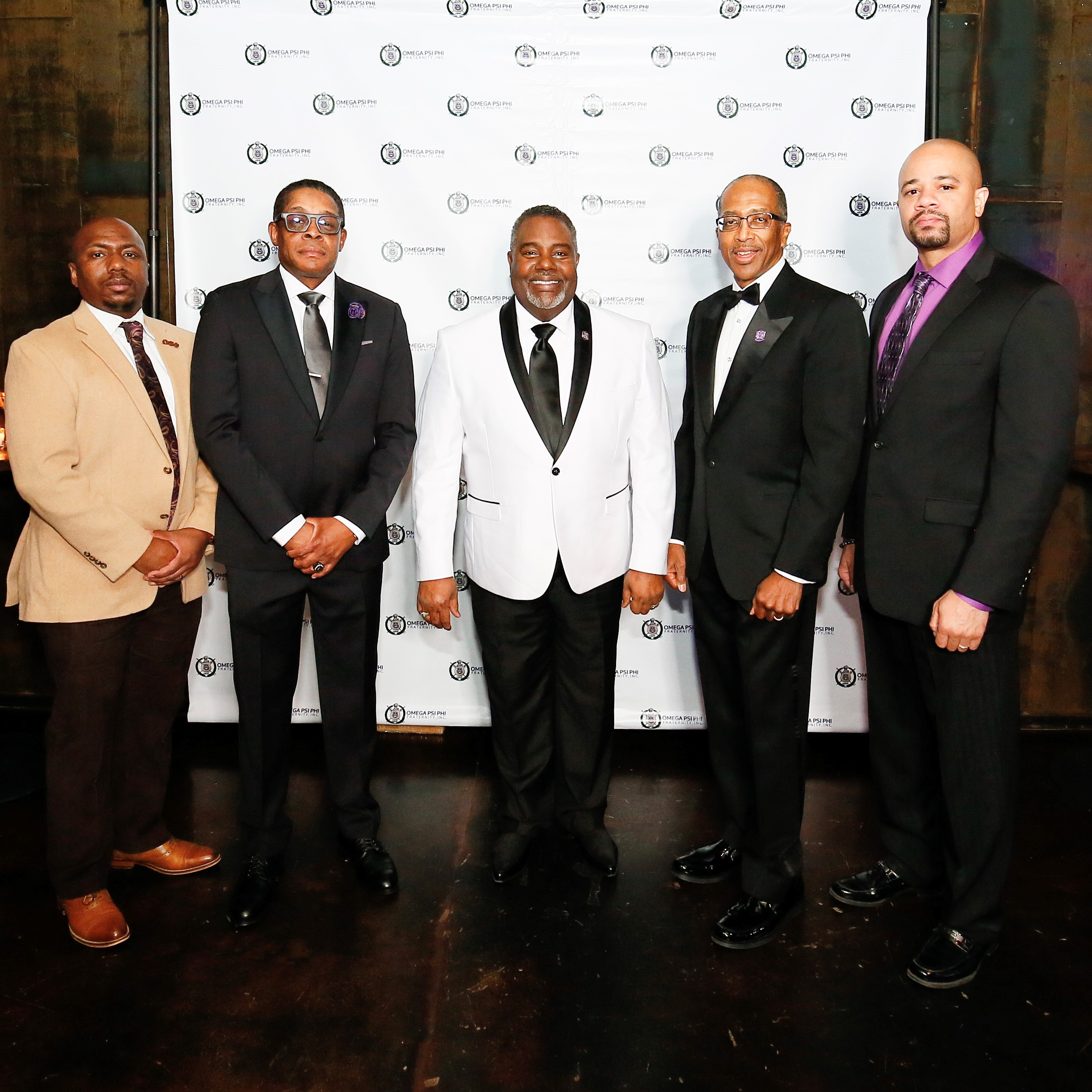 Welcome to the website of the Theta Kappa Kappa, an unicorprated Chapter of Omega Psi Phi Fraternity. Inc. The Chapter is located in Evanston, Illinois.  We are committed to making an impact in the Evanston Community through service, advocacy and support. Our Motto is” Friendship is Essential to the Soul.  We live out our commitment as Omega Men through the lens of our cardinal principles, “Manhood, Scholarship, Perseverance and Uplift.” 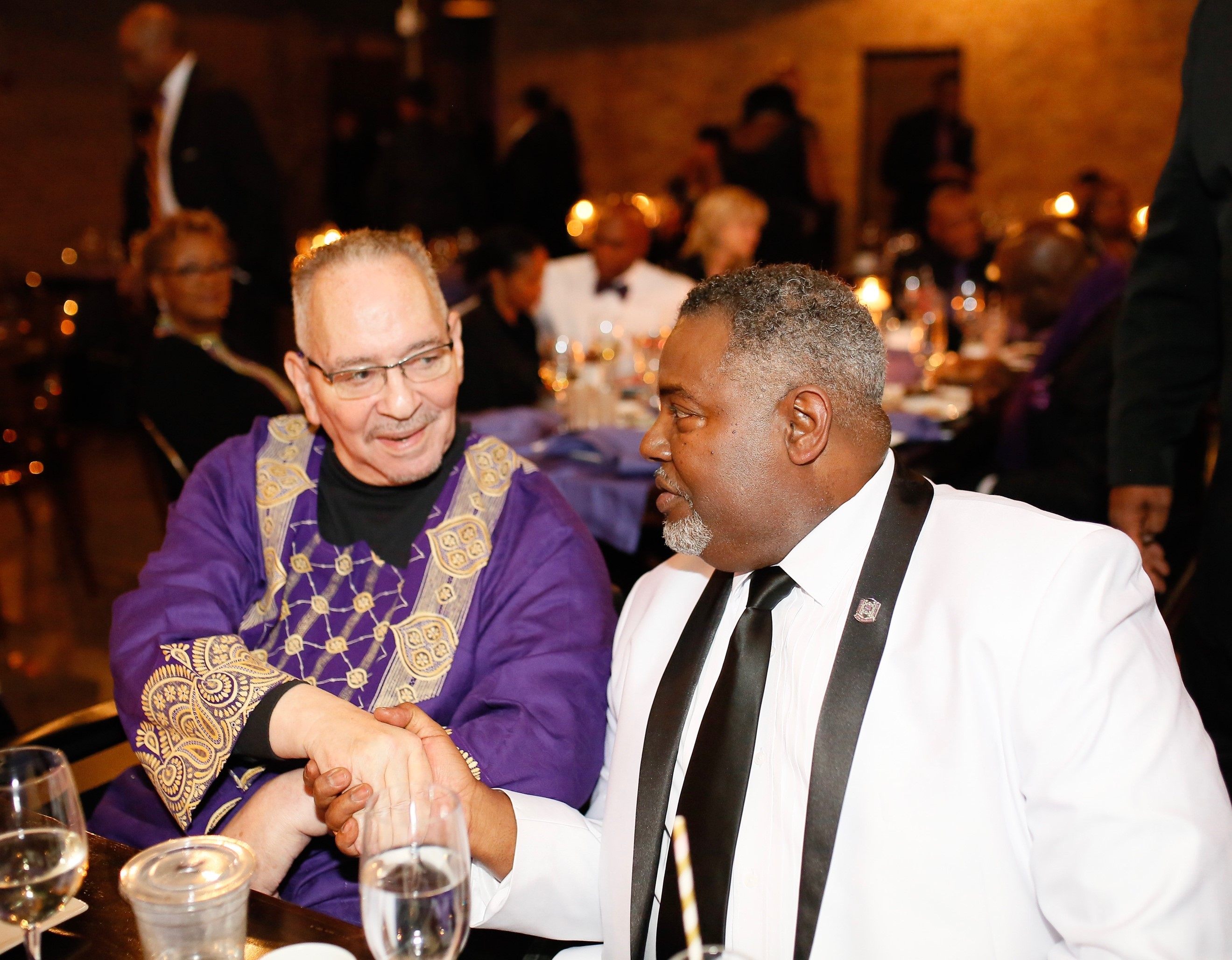 Phi Beta Kappa, the first American college fraternity, was organized on the campus of the College of William and Mary in 1776. Men and women are members of this college honorary scholarship society.  Greek-lettered fraternities and sororities have played a major role in American college life since 1776.  Black college fraternities and sororities did not emerge until the early 1900’s. Unlike their white counterparts, the black groups have remained very active at the graduate level. Since their founding, these groups have played a major role in the cultural, social and civic life of their communities. The member organizations of the National Pan-Hellenic Council are:

THE BIRTH OF OMEGA

On Friday evening, November 17, 1911, three Howard University undergraduate students, with the assistance of their faculty adviser, gave birth to the Omega Psi Phi Fraternity. This event occurred in the office of biology Professor Ernest E. Just, the faculty adviser, in the Science Hall (now known as Thirkield Hall). The three liberal arts students were Edgar A. Love, Oscar J. Cooper and Frank Coleman. From the initials of the Greek phrase meaning “friendship is essential to the soul,” the name Omega Psi Phi was derived. The phrase was selected as the motto. Manhood, scholarship, perseverance and uplift were adopted as cardinal principles. A decision was made regarding the design for the pin and emblem, and thus ended the first meeting of the Omega Psi Phi Fraternity. The next meeting was conducted on November 23, 1911. Edgar Love became the first Grand Basileus (National President). Cooper and Coleman were selected Grand Keeper of the Records (National Secretary) and Grand Keeper of Seals (National Treasurer), respectively. Eleven Howard University undergraduate men were selected as charter members.

Alpha Chapter was organized with fourteen charter members on December 15, 1911. Love, Cooper and Coleman were elected the chapter’s first Basileus, Keeper of Records, and Keeper of Seals, respectively. On March 8, 1912, the previously submitted fraternity constitution was rejected by the Howard University Faculty Council. The Faculty Council proposed to accept the fraternity as a local but not a national organization. The fraternity refused acceptance as a strictly local organization. Oscar Cooper became the fraternity’s second Grand Basileus in 1912. Cooper authorized the investigation of a proposed second chapter at Lincoln University, Pennsylvania. Edgar Love was elected as the third Grand Basileus in 1912 and served until 1915. In 1914, Howard University withdrew its opposition, and the Omega Psi Phi Fraternity was incorporated under the laws of the District of Columbia on October 28, 1914. Beta Chapter at Lincoln University was chartered in February, 1914. George E. Hall, the fourth Grand Basileus, had been initiated at Alpha Chapter in 1914. Grand Basileus Hall authorized the establishment of Gamma Chapter in Boston, Massachusetts. However, the chapter was eventually established during the administration of the fifth Grand Basileus, James C. McMorries. During the administration of the sixth Grand Basileus, Clarence F. Holmes, the fraternity’s first official hymn, “Omega Men Draw Nigh”, was written by Otto Bohannon. Raymond G. Robinson, the seventh Grand Basileus, established Delta Chapter in Nashville, Tennessee in 1919. Robinson left office in 1920 with a total of ten chapters in operation. Stanley Douglas served as Editor of the first Oracle published in the spring of 1919. Harold K. Thomas, the eighth Grand Basileus, was elected at the 1920 Nashville Grand Conclave. It was at this Conclave that Carter G. Woodson inspired the establishment of National Achievement Week to promote the study of Negro life and history. The 1921 Atlanta Grand Conclave brought to an end the first decade of the Omega Psi Phi Fraternity.

In 1922, Grand Basileus J. Alston Atkins appointed the first District Representatives. Today, there are eleven such officers who are elected annually by the district conferences/meetings. In 1922, the office of Vice Grand Basileus was created. The Grand Keeper of Records became the Grand Keeper of the Records and Seal. The first Omega Bulletin was published in 1928. Campbell C. Johnson was the Editor. “Omega Dear” was adopted as the official hymn in 1931. Two faculty from Howard University, Charles R. Drew, Professor of Surgery, and Mercer Cook, Professor of Languages, were the composers. Cook wrote the music and first stanza; Drew wrote the last two stanzas.

The Omega “Sweetheart Song”, with words and music by Don Q. Pullen, was adopted as the official sweetheart song by the 1940 Nashville Grand Conclave. Founder Ernest E. Just entered Omega Chapter in 1941. In 1941, Dr. Charles Drew perfected the use of blood plasma as a life saving tool. William Hastie resigned as Civilian Aide to the Secretary of War in protest against discrimination in the Armed Forces. He was later appointed Governor of the Virgin Islands by President Truman. In 1949, the first National Headquarters Building at 107 Rhode Island Avenue, N.W., Washington, D.C. was purchased. H. Carl Moultrie, I was selected to serve as the first National Executive Secretary. In 1949, the scholarship fund was renamed the Charles R. Drew Memorial Scholarship Fund.

During this era, the thrust was social change. Thousands of Omega men in every area of the country were actively involved in the fight to eliminate racial discrimination. An entire book could be written about this phase of Omega activities. The 1955 Los Angeles Grand Conclave initiated a program whereby each graduate chapter would purchase a Life Membership from the NAACP. Between 1955 and 1959, chapters contributed nearly $40,000 to the NAACP. In the fifties, Omega Psi Phi took an official position against hazing as a fraternity activity. This anti-hazing position remains in effect today, and the policy banning hazing has been strengthened.

The struggle for social justice shifted into high gear. Brothers were active participants in the “sit-ins” and other demonstrations designed to call attention to the plight of black Americans. Undergraduate brothers especially were involved in the demonstrative aspect of the civil rights struggle. In 1961, the Washington, D.C. Grand Conclave did an excellent job of highlighting the fifty years of accomplishments by Omega. Brothers attended the 1961 Golden Anniversary Conclave in record numbers. Founders Love, Cooper, and Coleman were present. Thirteen of twenty-three former Grand Basilei were in attendance. Young brothers had the once-in-a-life-time opportunity to mingle with some of the greatest black men that America had produced. The Golden Anniversary Conclave authorized $140,000-$150,000 for the construction of a new National Headquarters Building in Washington, D.C. In 1964, the new National Headquarters Building was dedicated. The building was a dream come true and was the first building of its type to be built by a black fraternity. Founders Love, Cooper and Coleman participated in the ceremonies. The name was later changed to the International Headquarters. It is located at 2714 Georgia Avenue, N.W., Washington, D.C. 20001. Robert H. Lawrence (in 1966) was selected as the first Black to serve in the Astronaut Program. Lawrence had earned a Ph.D. Degree in chemistry at Ohio State University. Founder Frank Coleman entered Omega Chapter in 1967. The 1968 Charlotte Grand Conclave mandated a Constitutional Convention for the revision of the Constitution and By-Laws as well as the Ritual. The Convention was held in Atlanta in 1969.

The newly revised Constitution and By-Laws and the Ritual became effective at the close of the 1970 Pittsburgh Grand Conclave. H. Carl Moultrie I, Omega’s only National Executive Secretary to this point, was appointed as a judge to the Superior Court of Washington, D.C., in 1972. Moultrie’s resignation was accepted with regrets. Omega conferred upon Moultrie the title of National Executive Secretary Emeritus which was later changed to Executive Secretary Emeritus. The Seventies brought more unpleasant news. Founder Oscar J. Cooper entered Omega Chapter in 1972. In 1974, Edgar A. Love, the only surviving founder, entered Omega Chapter. On November 16, 1975, an impressive granite monument was dedicated to the memory of the four founders. The monument is just a few feet away from Thirkield Hall, the site of Omega’s birth place on the Howard University Campus. A revived Life Membership Program resulted in a very large number of new Life Members. The 1976 Atlanta Grand Conclave was the largest in the history of the fraternity up to that point in time. Many new undergraduate chapters were chartered, because of the increased enrollment of black students at previously all-white colleges and universities. “Operation Big Vote” was successful in getting thousands of black people to vote in the 1976 election. Many Omegas were active participants. The 1979 Denver Grand Conclave made a commitment to contribute a minimum of 250,000 dollars to the United Negro College Fund over the next five years.

THE EIGHTIES, NINETIES AND TODAY

In 1981, the Omega Psi Phi Fraternity endowed its first endowed Omega faculty chair at Rust College, Holly Springs, Miss. President W.A. McMillan stated that the chair would be used to promote the humanities.

Grand Basileus Moses C. Norman, Sr., elected at the 1984 Louisville Grand Conclave, appointed a committee to review the structure and operations of the fraternity as a means of future focus.

Dorsey C. Miller Jr., was chosen as the 35th Grand Basileus at the Cleveland Grand Conclave in 1994. Miller’s administration closed the sale of the property at 3951 Snapfinger Parkway, which the new international headquarters. The property at 2714 Georgia Ave. N.W. was disposed. The Georgia Avenue location had served as the Fraternity’s headquarter for 31 years.

Lloyd J. Jordan, Esq., who had previously served as Grand Counselor, was elected the 36th Grand Basileus at the 70th Grand Conclave in 1998 in New Orleans. S. Earl Wilson executive director in June 2000.

Warren G. Lee Jr., who had once served as the Second Grand Vice Basileus, was elected Grand Basileus in during Little Rock Grand Conclave in 2008. During Lee’s tenure, Omega fortified its mission and brought aid and comfort to those in need. Omega men across the United States mentored to the youth, organized various social action programs and donated millions to worthy causes.

In 2010, Dr. Andrew A. Ray was elected the 39th Grand Basileus during the 76th Grand Conclave held in Raleigh, N.C.  During his administration, Omega will celebrate it’s 100th anniversary with a grand celebration to be held in July 2011 in Washington D.C.

There are many notable Omega Men recognized as leaders in the arts, the sciences, academics, athletics, business, civil rights, education, government, and science sectors at the local, national and international level.

Omega continues to flourish, largely because founders — Love, Cooper, Coleman and Just — were men of the very highest ideals and intellect.
The Founders selected and attracted men of similar ideals and characteristics. It is not by accident that many of America’s great black men are or were Omega Men.

There are very few Americans whose lives have not been touched by a member of the Omega Psi Phi Fraternity. 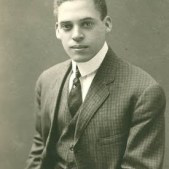 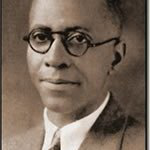 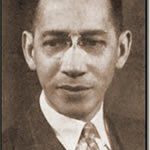 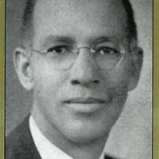